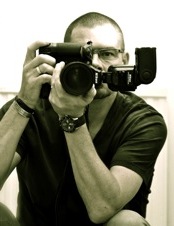 After studying photography and graphic design at art college, I got sidetracked by dreams of becoming a pop star. This wasn't completely pie in the sky, however, as I did at one stage appear on the BBC's Top of the Pops playing on a top ten hit. I didn't exactly tour the world, although I have performed in possibly every music venue in the UK. After several decades and a bloody good time, I realised that a man of a certain age really should try to do something approaching a grown-up job.

I never stopped taking photographs during my years in music, and was slowly lured back into the world of photography – and travel photography specifically. (Obviously all the years of touring continue to give me itchy feet.) Based in the UK, I've travelled extensively in Europe, North and Central America, and recently Eastern Europe. My photographs have appeared in most major British newspapers including The Independent, The Daily Telegraph, The Guardian and Daily Express, as well as specialist travel magazines. My images have also been used by Rough Guides and Abtof. And my publicity shots for the BBC have been featured in the Radio Times and national newspapers.

Mind you. Occasionally I can still be spotted in a music venue near you. Old habits die hard.